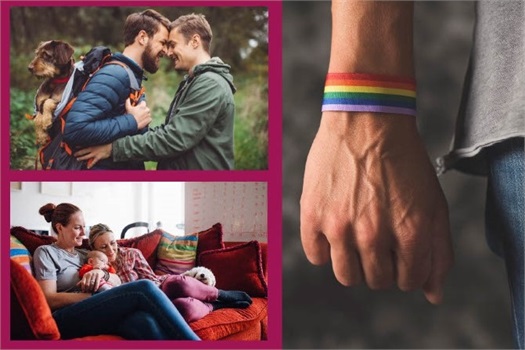 The LGBTQ+ community faces many challenges.

However, sound financial advice can help. You just need to align yourself with someone you can trust.

GLOBE WEALTH MANAGEMENT provides LGBTQ+ individuals with information on personal finance, estate planning, and a variety of insurance options to help you develop a comprehensive investment strategy to pursue your unique financial goals.

How will you reach your objectives?

WEALTH MANAGEMENT FOR THE LGBTQ+ COMMUNITY 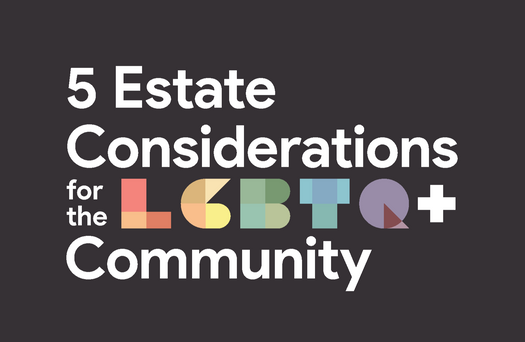 If you’re a member of the LGBTQ+ community, your financial and estate needs may present different challenges from other married and partnered couples.

The community celebrated when the 2015 Obergefell v. Hodges Supreme Court decision made LGBTQ+ marriage legal and paved the way for many LGBTQ+ couples and families to have their unions protected at a federal level.

However, these couples may face particularly complicated issues when it comes to establishing a workable estate strategy.

ESTATE PLANNING FOR THE LGBTQ+ COMMUNITY 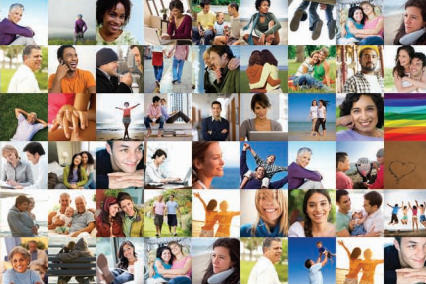 Over the last decade, many companies have paid increasing attention to the Lesbian, Gay, Bisexual and Transgender (LGBTQ+) market.

While much of this attention has been focused on buying power and consumer behavior, little information has been available about the financial experience of the LGBTQ+ community.

At Prudential, we wanted to take an in-depth look at the current financial landscape for LGBTQ+ Americans to better understand the financial challenges and concerns of the community as a whole, same-sex couples and LGBTQ+ parents.

The research findings are eye opening and dispel common perceptions. While we found people to be largely optimistic about the future, the LGBTQ+ community, like most Americans, was affected by the recession and is very concerned about being able to retire.

The research also highlights financial concerns and challenges related to the legal status of LGBTQ+ relationships that are unique to the community. This is an important baseline study that provides a snapshot of the financial lives and experience of LGBTQ+ Americans today.

We hope that its insights will enable both Prudential and the financial services industry to better meet the LGBTQ+ community’s financial needs. 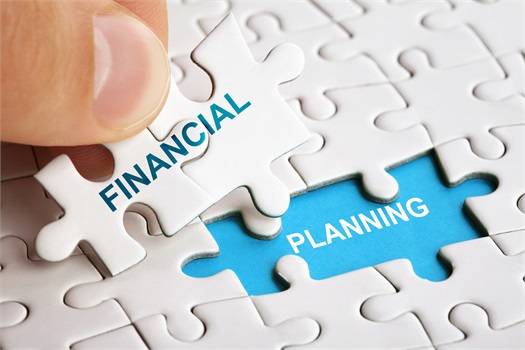 The attached workbook, designed to accompany the presentation GSAM EMPOWER the LGBTQ+ Investor, reviews common investment challenges faced by many in the LGBT community, discusses how to build fiscal confidence, and identifies ways to empower yourself financially. 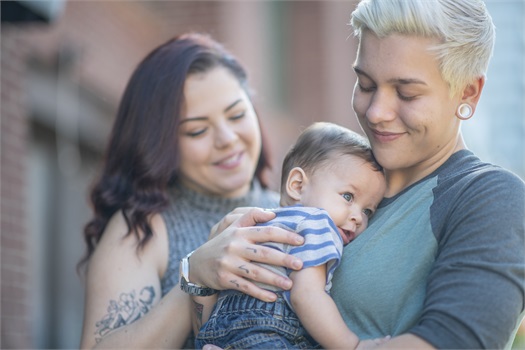 Estate planning is more than deciding how an estate will be divided post-mortem. Sure that is a part of it, but the other part is... life planning. The key is honing in on the best way to protect same-sex couples' interests during their lifetime.

This new edition of ESTATE PLANNING FOR SAME-SEX COUPLES by award-winning author Joan M. Burda attempts to address certain struggles for equality and how these issues affect estate planning for LGBTQ+ clients. For example, not all same-sex couples get married. This book will help lawyers and clients on how to better address the present as well as future needs. 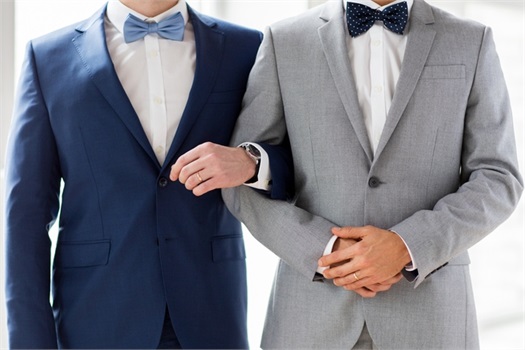 Marriage equality is here to stay:

Understand the benefits and complications.

Full legal marriage is now available in all U.S. states. But there are still many questions that same-sex couples should discuss before walking down the aisle. Learn how marriage will affect:

- Your family [if you have children]

- Your responsibility for your partner’s debts

Making It Legal also covers state laws on same-sex domestic partnerships and civil unions, and explains whether your registration will be recognized if you move to another state. 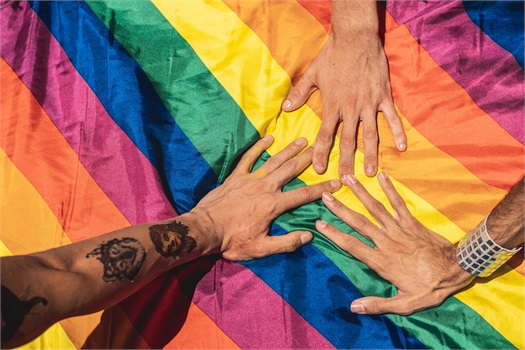 LEADING THE FIGHT FOR LGBTQ+ RIGHTS - The Human Rights Campaign is the largest LGBTQ+ advocacy group and political lobbying organization in the United States. HRC has spent 40 years creating the most powerful movement for equality our country has ever seen. But despite this progress, the most marginalized are still suffering from violence, discrimination and fear. The goal of HRC is to ensure that all LGBTQ+ people, and particularly those who are trans, people of color and HIV+, are treated as full and equal citizens within the movement, across the country and around the world.

DEMANDING DIGNITY AND RESPECT. FIGHTING FOR LGBTQ ELDERS SINCE 1978 - For 40-plus years, SAGE has worked tirelessly on behalf of LGBTQ+ older people. Building off the momentum of the Stonewall uprising and the emerging LGBT civil rights movement, a group of activists came together to ensure that LGBT older people could age with respect and dignity. SAGE formed a network of support for LGBTQ+ elders that’s still going and growing today. SAGE is more than just an organization. It’s a movement of loving, caring activists dedicated to providing advocacy, services, and support to older members of the LGBTQ+ community. LGBTQ+ elders fought— and still fight—for our rights. And we will never stop fighting for theirs.

AMERICA'S LGBTQ+ ECONOMY REPORT - The National LGBTQ+ Chamber of Commerce (NGLCC), the business voice of the LGBTQ+ community, is the only national advocacy organization dedicated to expanding economic opportunities for the LGBTQ+ business community.

NGLCC is the exclusive third-party certifying body for Certified LGBTQ+ Business Enterprise® (Certified LGBTBE®) companies. Over 1/3 of Fortune 500 recognize this certification and partner with NGLCC to create fully LGBT-inclusive supply-chains.

The American Civil Liberties Union is a nonprofit organization founded in 1920 "to defend and preserve the individual rights and liberties guaranteed to every person in this country by the Constitution and laws of the United States".

GLAAD is an American non-governmental media monitoring organization, founded as a protest against defamatory coverage of LGBTQ+ people. Its agenda has since extended to the entertainment industry and its portrayal of these groups. The movement is now known by its initials only, as its full name could be taken as excluding bisexual and transgender issues. 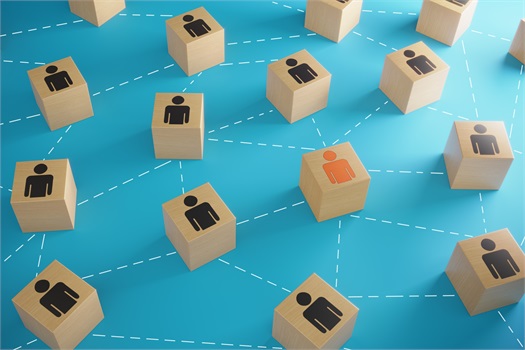 Pride Pops Up is an effort by J.M. Hirsch and Nick King to foster a vibrant community for LGBTQ+ and their allies in New Hampshire. By hosting pop-up events around the Concord region, they hope to support local businesses while giving people a reason to come together, promote acceptance and support one another. Hirsch is a cookbook author and editorial director of Christopher Kimball’s Milk Street magazine. King oversees the Transportation Management Center for the State of New Hampshire. 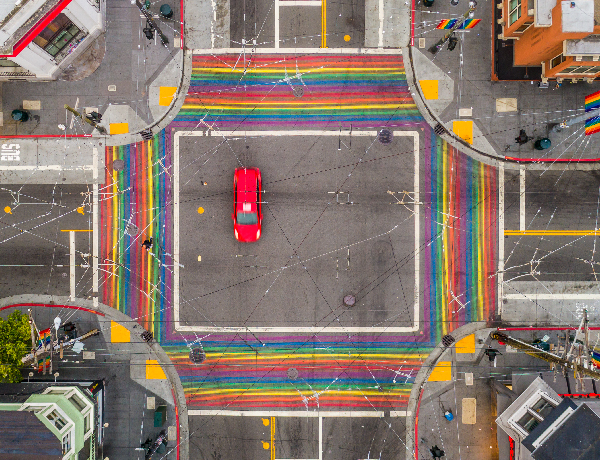 How to Invest in LGBTQ+ Friendly Companies

This article allows those who support LGBTQ+ interests to explore the possibilities of Socially Responsible Investing.
Learn More